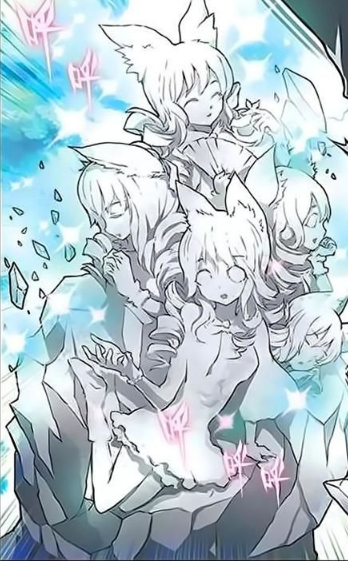 Awakening From the Dream was the first Grandmaster Sculpture made by Grandmaster Linley Baruch. After getting his heart broken by Alice Straf Linley entered a special state, where he sculpted the huge statue for ten days and nights, until the masterpiece was finished. The result was that his spirit force rose a thousand times faster than normal, and directly rocketed him up to the seventh rank in spirit power. Only a few months later, did he actually reach the sevent rank as a Magus, becoming the number two Magus Genius in history.

With the purpose of re purchasing the ancestral heirloom of the Baruch Clan, Linley eventually displayed the sclupture for five days in the Proulx Gallery, and auctioned it on the seventh. While the sculture was being exhibited, the Debs Clan tried to destroy it, through the "Bloodrose" assassin organization, but luckily, Cesar himself, the leader of the "Sabre" assassin organization, as well as a six thousand year old peak saint was personally guarding the sculpture, and managed to save it.

When it was finally auctioned up, it caused a spectacular show. In the end, it boiled down to a fight between Cesar, and Delia Leon, a friend of Linley's, who happened to be in love with him. In the end, Delia managed to convince Cesar to let her buy the sculpture through the means of a special letter, and eventually bought it for a whopping twelve million gold coins, making it rank third amongst the Ten Masterpieces.

Retrieved from "https://coiling-dragon.fandom.com/wiki/Awakening_From_the_Dream?oldid=9005"
Community content is available under CC-BY-SA unless otherwise noted.